The hotel Villa Rodriguez is connected to the town of Capoliveri by a shuttle (on payment) which operates all day until about midnight.

The characteristic town of Porto Azzurro can also be reached by boat (on payment), providing a pleasant water crossing under the stars.

A few metres from the hotel Villa Rodriguez is a place to hire inflatable boats to go to the magnificent beaches in the Mineral Park and scooters can also be hired to visit the more remote beaches and characteristic villages on Elba.

Thanks to its central location, the various embarkation ports for daily excursions to the other islands in the Tuscan Archipelago, Giglio, Capraia and Pianosa, and also Corsica, can be reached in a few minutes by car from the hotel Villa Rodriguez.

Half-day excursions are also available along the coastline of our beautiful island. Of these excursions, we recommend the suggestive visit to the Monte Calamita mineral park, which will relive a lifestyle now buried in the sands of time, among underground passageways and the perfume of rosemary and blackcurrant. 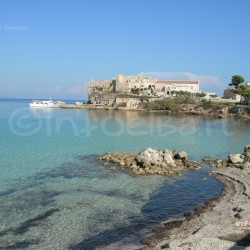 A visit to the Napoleonic museums is also worthwhile: the winter residence of the Emperor at Villa dei Mulini and the summer residence at Villa San Martino, where Napoleon was imprisoned on Elba for 100 days before the famous battle of Waterloo.

The climb up Monte Capanne on the chair-lift is also suggestive. The entire park of the Tuscan Archipelago can be seen from the summit (the highest in the province of Livorno): the island of Elba, Giglio, Pianosa, Capraia, Gorgona, Giannutri and also Corsica and a long stretch of the Tuscan coastline.

Last, but definitely not least, we recommend the many diving excursions in crystalline waters rich in colourful and varied fauna and flora and the numerous trekking and mountain biking excursions into iron and granite countryside, beech and oak woods and Mediterranean forests, which will give you an unforgettable memory of your holiday on Elba.

This website uses cookies to improve your experience while you navigate through the website. Out of these, the cookies that are categorized as necessary are stored on your browser as they are essential for the working of basic functionalities of the website. We also use third-party cookies that help us analyze and understand how you use this website. These cookies will be stored in your browser only with your consent. You also have the option to opt-out of these cookies. But opting out of some of these cookies may affect your browsing experience.
Necessary Always Enabled
Necessary cookies are absolutely essential for the website to function properly. This category only includes cookies that ensures basic functionalities and security features of the website. These cookies do not store any personal information.
Non-necessary
Any cookies that may not be particularly necessary for the website to function and is used specifically to collect user personal data via analytics, ads, other embedded contents are termed as non-necessary cookies. It is mandatory to procure user consent prior to running these cookies on your website.
SAVE & ACCEPT